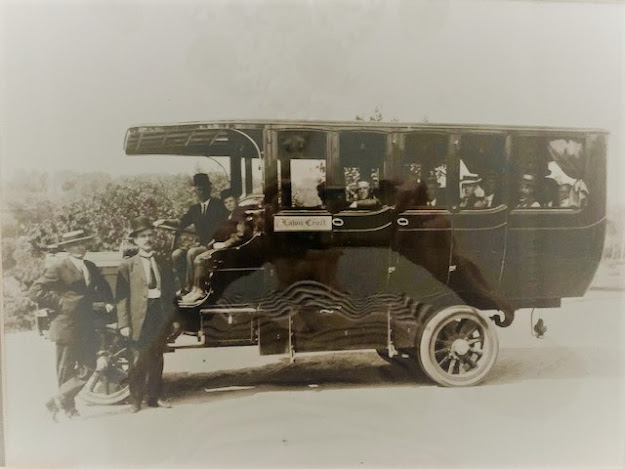 Two weeks ago I wrote about the first funeral hearse in Delco and one of the first in this area. The ladies at Lawn Croft Cemetery were nice enough to send me a picture of how it originally looked. Check it out.

A sweeping decision against too rigid enforcement of the Sunday blue laws, declaring much of the Act of 1794 has been dead 100 years beyond even the power of the courts to revive it, was handed down by Judge Lewis in Quarter Sessions Court in Philadelphia.  The decision rules not guilty three men arrested on a disorderly conduct charge in connection with a Sunday game of amateur baseball.  In his opinion, which covers twenty-eight typewritten pages, Judge Lewis makes the following points:

Sunday baseball by amateur teams does not in itself constitute a breach of the peace, provided there is no commercialism or disturbance of neighbors.

Taking up a collection to defray expenses only, is not commercialization.

Arrests on Sunday without a warrant are unlawful when there is no breach of the peace.  Although public peace is still more fragile and brittle on Sundays than on weekdays, the people themselves long ago effected a repeal of the extreme portions of the 1794 blue laws.

A law which runs counter to the habits and customs of a majority of the people is not really a law.  It is a bugaboo, a scarecrow that cows only the timid and but amuses the bold.”

In conclusion, Judge Lewis makes seven specific reasons regarding the administration of the Sabbath laws “in order that there may be no misapprehension and as a guide to those concerned, including the police department.”

The decision was given in the cases of Malcolm McGowan, manager of the Passon baseball team; Edward Sherman, manager of the North Penn Athletic Club, and Tod Voorhees,  an umpire, who were arrested on a charge of disorderly conduct at a baseball game played Sunday, August 3, a Passon Athletic Field, 48th and Spruce streets in Philadelphia.  All three were sentenced to thirty days in jail by Magistrate Hamberg on refusing to pay fines of $10 and costs each.  Michael Saxe, attorney for Harry Passon, sponsor of the game, filed an appeal which was argued before Judge Lewis.

After reviewing at length the circumstances leading to the arrests and quoting from decisions of the Pennsylvania Supreme Court in other cases bearing on the subject, the opinion of Judge Lewis says: “The evidence produced before us as to the conduct of the baseball game on August 3 does not establish that disorderly conduct amounting to a breach of the peace was committed by all or any one of the defendants.  Their arrest on Sunday without a warrant was therefore unlawful, the whole proceeding being without effect and void.” 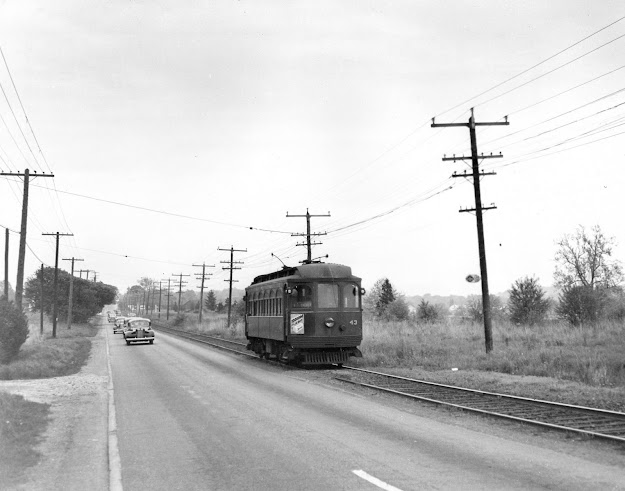 Remember when West Chester Pike looked like this? The pike at Springfield Rd. Looking west in 1939

Posted by Delaware County History at 3:57 AM