Hedgerow Theatre saved by Ann Harding ! Be safe and healthy! 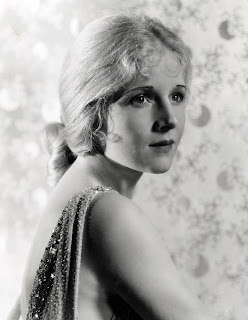 
was an American radio, theatre, movie and television actress. A regular player on Broadway and in regional theater in the 1920s, in the 1930s Harding was one of the first actresses to gain fame in the new medium of "talking pictures", and she was nominated for the Academy Award for Best Actress in 1931 for her work in Holiday.
Harding was born Dorothy Walton Gatley, and was the daughter of a  Army officer. She was raised primarily in East Orange, New Jersey and graduated from East Orange High School. Having gained her initial acting experience in school drama classes, she decided on a career as an actress and moved to New York City. Because her father opposed her career choice, she used the stage name Ann Harding.
She spent a number of months early in her career at Hedgerow Theatre in Rose Valley and often came back to visit and play.
Hedgerow was founded in 1923 by New York based director and actor Jasper Deeter in Rose Valley,  The theatre itself, originally a grist-mill built in 1840, seats 144 spectators, after a reconstruction designed by architect Will Price. Hedgerow's green room showcases a staircase and table designed by Wharton Esrick, acclaimed American craftsman, as well as one time set designer for Hedgerow. Located a half mile from the theatre is Hedgerow House, used as housing for the residential company members as well as a rehearsal space, school, and office, accompanied by the costume and prop shops.
Hedgerow has been the site of many play debuts, and has received recognition by producing the plays of George Barnard Shaw, Eugene O'Neill etc.
Ann Harding in 1931 came to the theatre's rescue. Deeter wanted to sell the theatre and she purchased the Hedgerow Theatre building from Deeter for $5,000 and donated it to the company. Her purchase saved the Hedgerow Theatre.

CHESTER TIMES – January 16, 1933 – SCREEN STAR TO VISIT HERE
Ann Harding one of Hollywood’s most popular screen stars, has returned to the Hedgerow Theater in Moylan-Rose Valley, the scene of her early triumphs.  Saturday night she took part in a play with Jasper Deeter, the theater’s director, who as much as any many lay claim to discovering the actress.
Miss Harding made her appearance in Bernard Shaw’s “Misalliance.”  She will play her original part in “The Inheritors” tonight and will appear in two more plays this week. 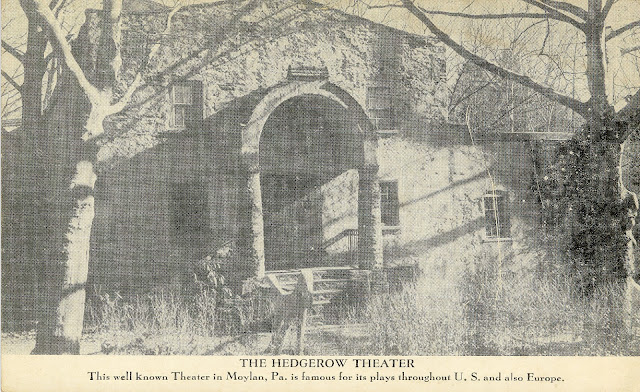 The Hedgerow Theater about 1940

As Delaware County enters the "green" phase of reopening, the Colonial Pennsylvania Plantation will be allowing visitors at the site starting Saturday, June 27th and continuing on Saturdays in July from 11am-4pm.

In order to ensure the safety of our staff, volunteers and visitors, we have modified our operations in response to COVID-19 and we invite you to review the details below to help you plan your visit.

Pre-Registration Required
We look forward to welcoming you back to the farm! In order to limit the number of visitors on site at any given time, we will be selling tickets in half-hour time slots. Please plan to arrive five to ten minutes before your time slot. We strongly encourage you to purchase tickets in advance to avoid being turned away at the door.
Posted by Delaware County History at 4:54 AM