The "Marex on the Hill" mansion and upcoming events 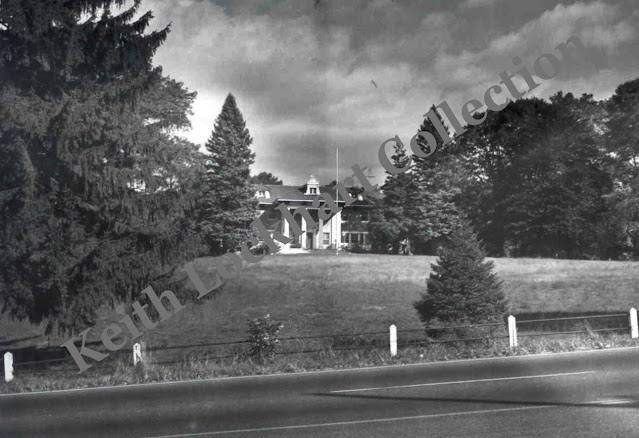 The "Marex on the Hill" pictured above stood on Baltimore Pike till the 1960's. The large mansion stood where the west end of today's Springfield Mall is today.

Note: Articles like the one below were common in the Chester Times Newspaper a 100 plus years ago. Numerous wealthy men and their families left Philadelphia to move to the "suburbs". Mansions like the one pictured below dotted Chester Pike, Baltimore Pike, West Chester Pike etc. Prior to 1920 Delaware County was considered farm country but the area began growing quickly in the 1920's. Slowly over the next 40 years these mansions disappeared. A few still remain.

Mr. Graham, a rug manufacturer of Philadelphia, is having erected in Springfield Township along the Baltimore Pike a large and handsome mansion, which will be one of the most costly in this county.  The Philadelphia Engineering Company has the contract for the erection of the building.  The old blacksmith shop which has stood at Swarthmore Avenue and the Baltimore Pike for over a half century, and in which John Taylor has been continually and successfully conducting a horseshoeing and blacksmithing business for 52 years, has been razed to make room for the large and beautiful lawn which will adorn the front of this residence.  Mr. Taylor worked in the building until the fireplace in the shop was torn down.  Many of the best blacksmiths in this county learned their trade in this old shop with Mr. Taylor and many of them are gray-haired men today.  Mr. Taylor, who is nearly 80 years of age, will now retire from blacksmithing.

Posted by Delaware County History at 3:56 AM