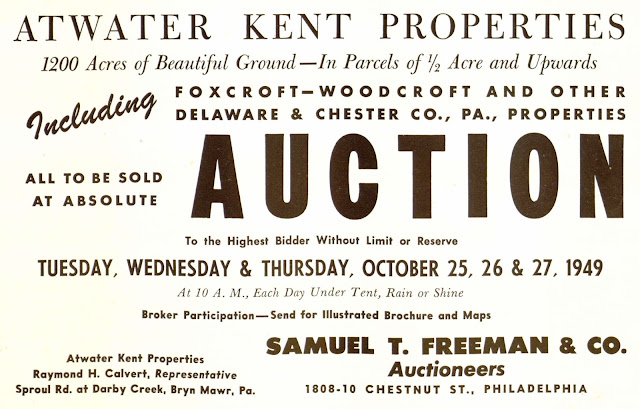 The above advertisement  is not from 1929 when Atwater Kent bought the property but when he sold it 20 years later in 1949, By then his estate was 1200 acres. Kent never built his million dollar plus estate but had a nice one in Haverford. The Great Depression ruined his plans. When the estate was sold in 1949 it was the largest real estate deal ever in Delco!!

NOTE: Radio maker Atwater Kent was a rich man in 1929 when he purchased 800 acres of prime Delco real estate. The property along with some other purchases was auctioned off in early October of 1949 and took 3 days. Below the article from 1929 buy, you will see information and pictures on the 1949 sale.

The largest transaction in suburban property ever made in this section of the State has just been closed between Walter Wood and the heirs of Stuart Wood, and A. Atwater Kent, whereby the radio manufacturer has agreed to purchase Brookthorn Farms.

The purchase price of the estate was fixed at $2,500,000 and it contains a tract of between 720 and 800 acres lying between Haverford and Darby Roads, Radnor and Chester and Marple Roads in Haverford and Marple Townships, southwest of Ardmore and Haverford in Delaware County.

$1,500,000 RESIDENCE PLANNED – On this estate, which is said to be one of the largest privately owned properties in the east, Mr. Kent will build a large residence, which with stables, garage and cottages for servants and gardeners will cost an additional $1,500,000.

The new Atwater Kent estate, when the residence and landscape gardening is completed, will represent one of the finest country properties in the world, it was said.

The tract is of great natural beauty, its resemblance to the rolling downs of Kent in England having been often remarked upon.  It is well wooded and intersected by Darby and Ithan Creeks and several smaller streams.

In plans for the beautification of Delaware County, the preservation of much of the land of the estate and the creek beds which intersect it was charted on a comprehensive plans for the area.

The property is adjacent to several beautiful estates in the Philadelphia area, among them being the places of Horatio G. Lloyd, Clarence A. Warden, J. Stanley Reave, Eckley B. Coze, 3d, and William Struthers Ellis.

Below are 2 pictures and information from the Atwater Kent Real Estate Booklet from 1949, Look at the pictures and see how wide open Marple Twp. etc. was at that time. 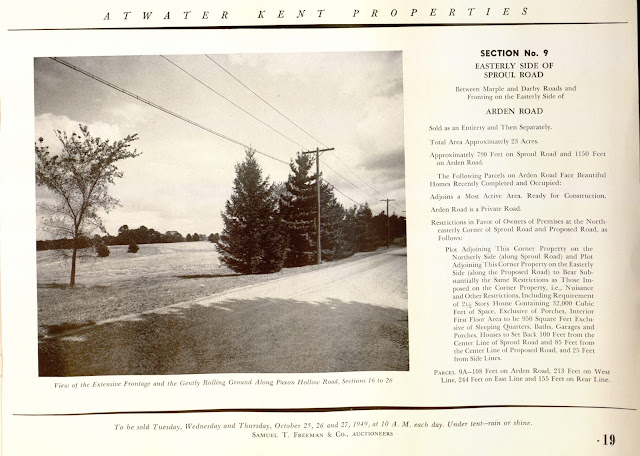 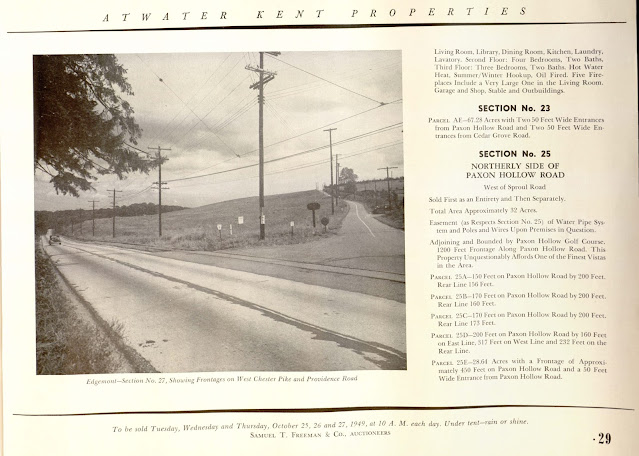 Posted by Delaware County History at 3:43 AM