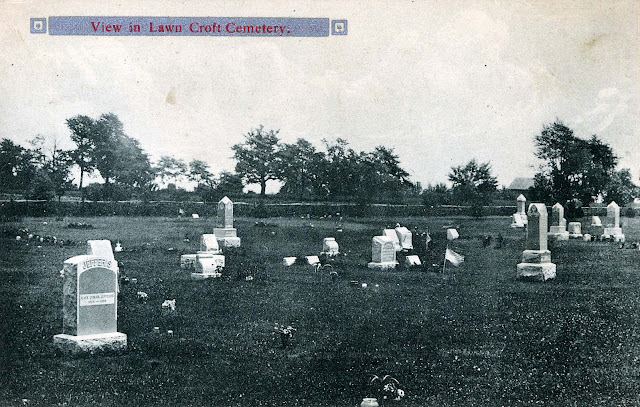 Note: The story below is from 1910 and talks about Lawn Croft Cemetery's idea of having a funeral car. The funeral car idea aka hearse was the first in the tristate area if not further. Read the entire article, the hearse was quite the size.

The Interstate Cemetery Company, owners of Lawn Croft, report the purchase of a Packard, three-ton truck, upon which will be mounted a funeral car to carry the body, six pall bearers, and twenty-four mourners.
E.F. White, the vice president and general manager, says:   “I have realized for two years that the present methods of conducting funerals must be modernized and since my connection with Lawn Croft, I have born this idea constantly in mind.  After working out the proposition from many standpoints, I have come to the conclusion that in order to conduct funerals in most of the modern methods at the least cost, that it would be necessary for us to have some sort of an automobile conveyance.  After exhaustive investigation, I finally laid before the Board of Directors a proposition of which the purchase of a funeral car has been the result.  My idea is to get away as far as possible from the old style hearse and dead wagon appearance.  To this end we are having constructed a body which will be in appearance, excepting for its size, exactly like that of a four-door limousine.
“The body will be carried in a compartment next to the driver’s seat, immediately behind that will be a compartment constructed to hold six pall bearers will be a compartment which will hold from twenty-four to twenty-eight mourners.  The body of the car will be eleven feet long and six feet wide outside of the driver’s seat.  It will be in dark blue, with black mountings and moldings with all of the metal parts visible, silver plated.
“The speed of the car will be governed to twelve miles an hour, so that no excessive running will be possible thereby insuring safety and comfort for the passengers.  I expect the advent of this car with revolutionize the funeral business, because I believe this is the most advanced vehicle which has ever been ordered, and its appearance and construction will certainly warrant the outlay, which by the way is the largest price that has ever been paid for an individual truck of any type, the price being $7500.
“All of the cemeteries by reason of the growth of the cities are continually being located a greater distance away from the towns which are contributory to them, and some method of transportation was necessary whereby we could get to these places with the least possible discomfort and exertion on the part of the people who are interested in the funeral.  By means of the truck we will be able to carry a funeral party from Chester or Wilmington in an hour’s time, hold interment at the grave and return the people to their homes without a single effort on their part, other than of entering and descending from the vehicle itself.  Although this may seem somewhat advanced for this part of the country, at the same time I believe the people of this vicinity will be interested in it.
“This will be the first vehicle of the kind ever built.  It has been talked of by Mr. White, but nothing ever came of it until recently when the design was prepared and the contract awarded.  In Philadelphia, it has excited much interest among undertakers and cemetery managers and there is little doubt that the new truck will be in use shortly in that city and New York.  Chester may be considered a little slow in some things, but in this instance it has started an enterprise that promises to become general throughout the country.  The interior woodwork will be of mahogany, lined with black leather and finished in black cloth.” 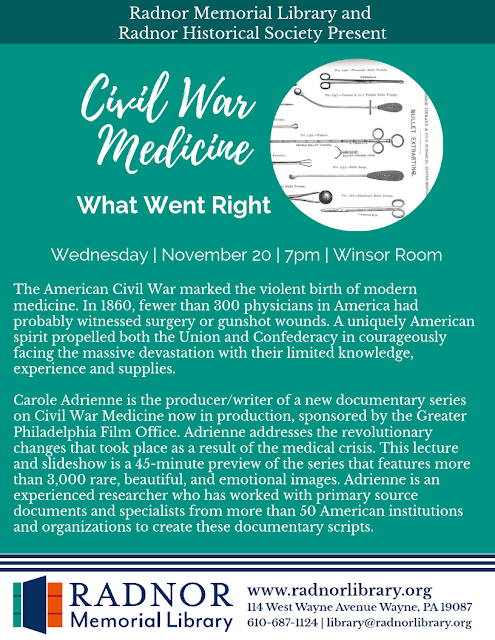